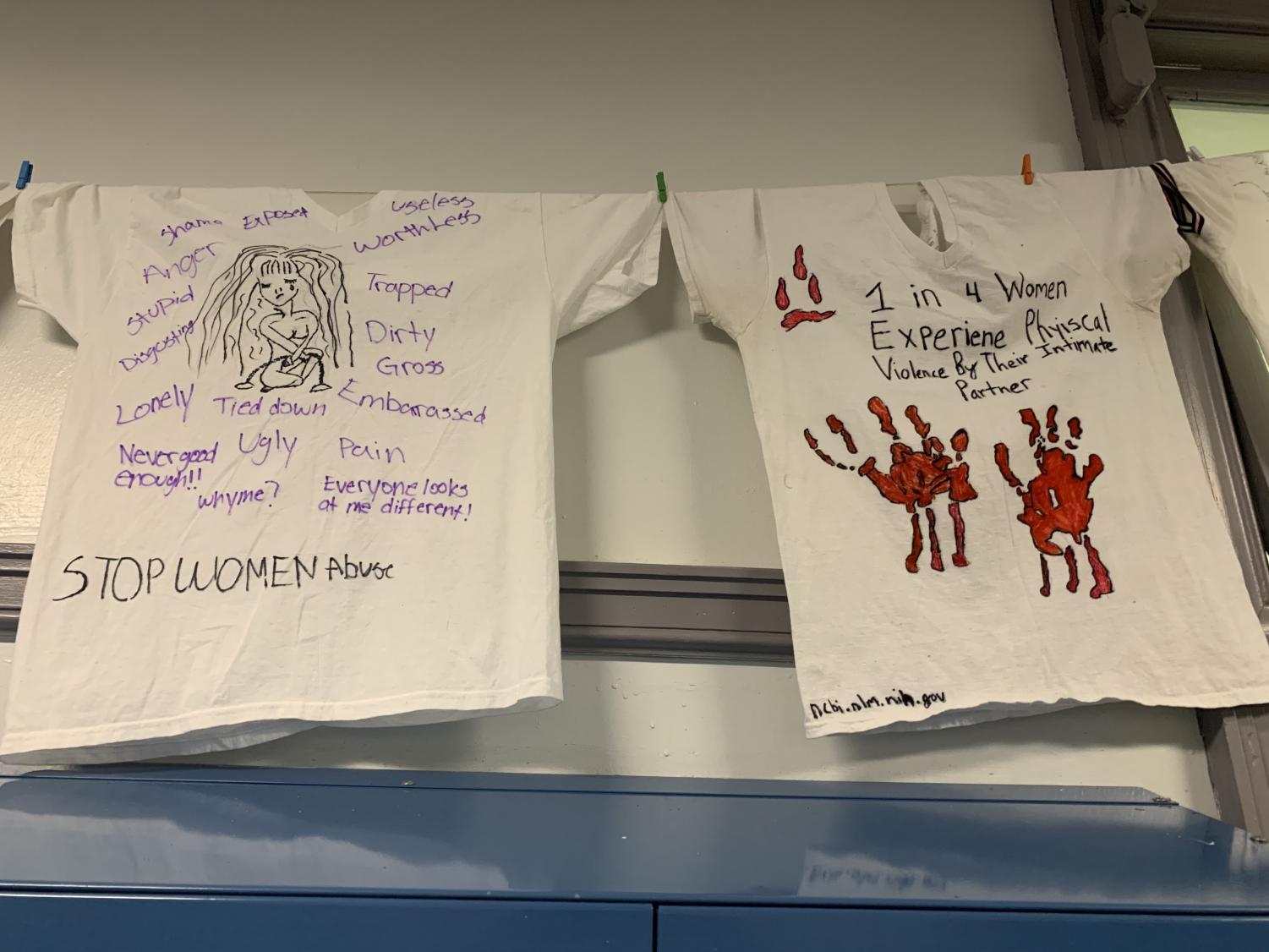 T-shirts hung above the lockers in the main first-floor hallway at Passaic Prep in November. (Mr. Schmerler)

T-shirts hung above the lockers in the main first-floor hallway at Passaic Prep in November.

The Gay-Straight Alliance at Passaic Prep, guided by Mr. Figueroa, made T-shirts in October to bring awareness to the issues of domestic violence and other forms of abuse. More than 100 stylized T-shirts were made by about 40 students and the shirts were hung above lockers in the main hallway on the first floor at the Prep.

“The students decided to be all-inclusive and create shirts that spoke to everybody about violence awareness,” said Mr. Figueroa. “A lot of the kids didn’t know each other at the beginning of the year, and have really formed a tight-knit group by doing the shirts. I think the school community has responded in a very positive way. Many teachers have come up to me and said they love what was done, and they wish this kind of message was out there more often.”

Check out the photos and the video! 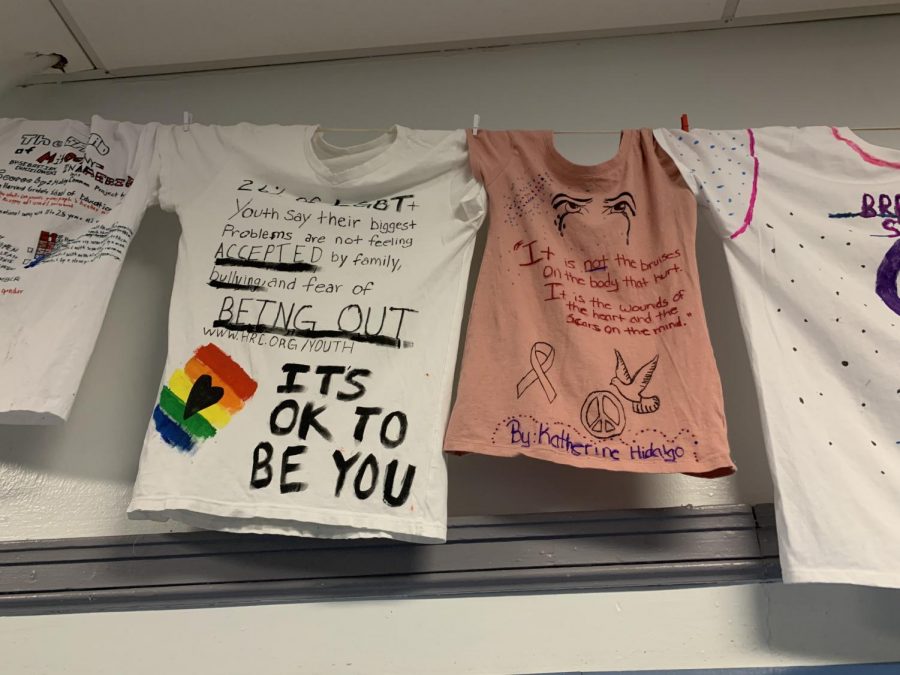 Gallery|9 Photos
Mr. Schmerler
T-shirts hung above the lockers in the main first-floor hallway at Passaic Prep in November.