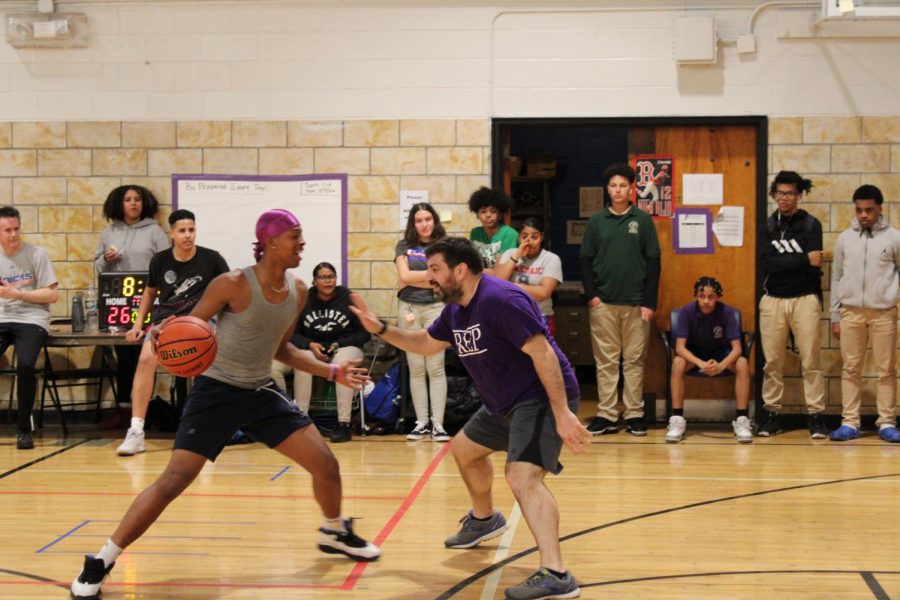 Action from the Students vs. Staff basketball game in March.

It was a close game … for about a half.

The high school students at Passaic Prep Academy beat the staff on March 5 in the Staff vs. Students Basketball game. The final score was 56-48.

The first half started off relatively close, with the staff winning at some points behind the strong efforts of Mr. Rodriguez, Mr. Shepard and Mr. Tereshko. After halftime, the staff couldn’t seem to get its act together and the students capitalized. In the third quarter, the students were winning soundly. The staff started a comeback in the fourth quarter but the students eventually put a stop to that.

The staff members, hurt from their loss at the hands of the students, called for a rematch.

Check out the PHOTOS, above! 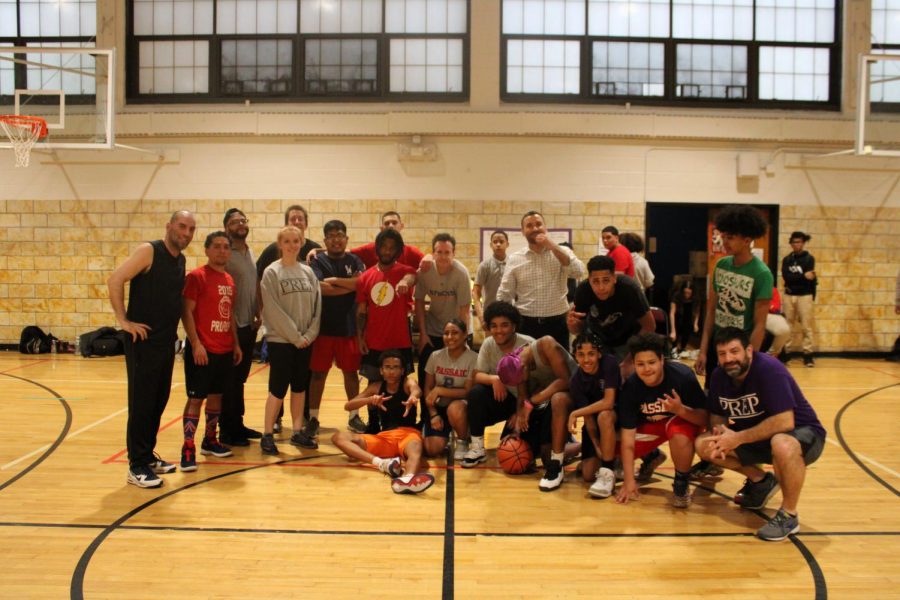