Book Review: “In The Time of the Butterflies”

How Three Dominican Sisters Came to Be Known as National Heroines 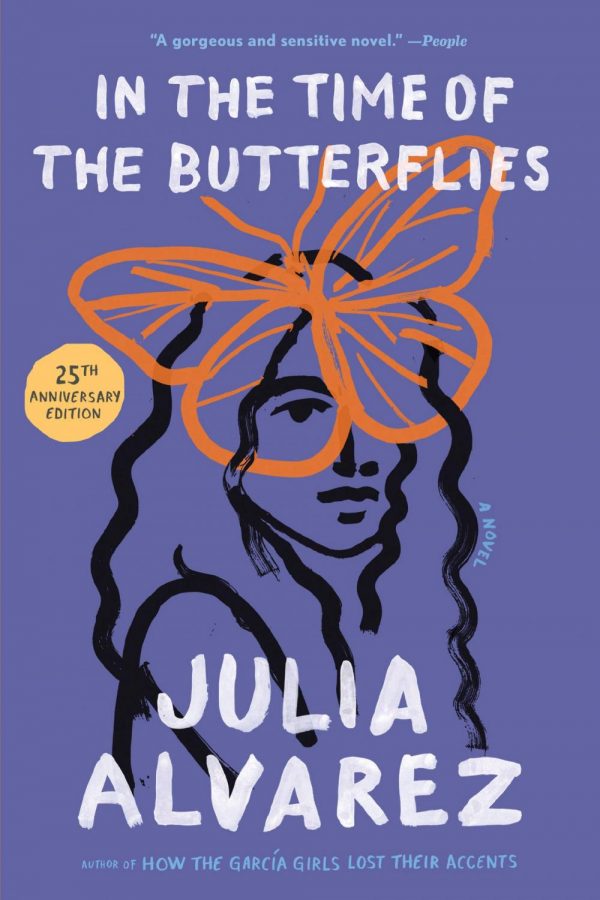 Growing up, my mother believed that knowing the history of our country, the Dominican Republic, was essential for my character development. Whenever I experienced a setback or felt overwhelmed by the burden of my struggles, my mother would tell me a new piece from the Mirabal Sisters’ struggle. I came across the book “In the Time of the Butterflies” when I was seven years old and fell in love with it.

Julia Alvarez’s family was one of the lucky ones that left the Dominican Republic in 1960 in the middle of the revolution to overthrow the dictatorial president Rafael Leonidas Trujillo. Because Julia’s father had connections, the family was able to escape. Yet, what of those left on the island? In this historical fiction account of the Mirabal sisters, who came to be known as a symbol of the revolution, the author reveals the fate of those left behind.

Minerva Mirabal always wanted more than to be a simple country woman like her mother. In a machismo culture where few women learned to read and write, she did not have a future, although her dream was to go to law school. Her older sister, Patria Mercedes, believed to have a religious calling, and their middle sister Dede was the obedient one who went along with the other two. By age 10, the three sisters entered the La Escuela de Inmaculada Concepción and started down the path to both a higher education and learning revolutionary ideals.

Alvarez writes how the three older Mirabal sisters and their youngest sister Maria Teresa “Mate” came of age to be modern women. No longer would they be subservient members of a machismo culture but productive members of society who would make a difference going forward. Alternating chapters from the point of view of each sister, Alvarez expresses how each came to be a revolutionary from a unique place. Especially powerful were the diary entries written by Mate throughout her life as she grasps what joining the movement would do to herself and her family.

The sisters either married a cousin, as was expected or for love, and all four couples played a dangerous role in the revolution that would take down Trujillo and bring democracy to the island. Known as “The Mariposas” and meeting clandestinely outside the home of Patria and her husband Pedrito, the guerilla movement took root. Even their young children wanted to participate despite the danger involved. Trujillo’s spies planted themselves on Mirabal land, equally determined to squash the masterminds behind the rebellion. This led the extended family to live in constant fear and had me as a reader mesmerized by Alvarez’s writing, showing she is gifted in relating powerful emotions across more than one genre.

My great-grandma, who was a firsthand witness to Trujillo’s tyranny and raised my mother in my grandmother’s absence, would always talk about it to my mom, and she made sure that I knew the Mirabal Sisters’ story too. My mother always emphasized that even though the Mirabal sisters experienced peril they also felt empowered as they marched forward.

Through her stories, I learned that Dominicans are a proud, overachieving, creative people that willingly put others’ needs before their own.

I took the time to interview one of my friends, Lisberma, who is from the Dominican Republic and read this book for a class project in college. “I thought it was an amazing book, beautifully written and even though it had a lot of fiction in it, so real. Apart from making me appreciate the realities of Dominican society in the 20th century, it made me interested in my own culture again, and gave me new role models to look up to. It was an incredibly inspiring book, and I would recommend it to anyone willing to listen,” she said.

I agree so much with her, this book not only taught me about the realities in the Dominican Republic during the 20th century but also filled me with knowledge and made me believe that as women I can make a change in society. The Mirabal Sisters came to be known as heroines in the Dominican Republic, not only for their courage but for their constant power of not giving up.

I would give this book 5 stars out of 5. This book meant a lot to me, it filled me with more knowledge about my country and made me realize the big difference that a group of women can make in life.

Book: “In the Time of the Butterflies”

Because: It symbolizes strength and courage in a world of cruelty.