“Detroit: Become Human” – A Look Into the Future 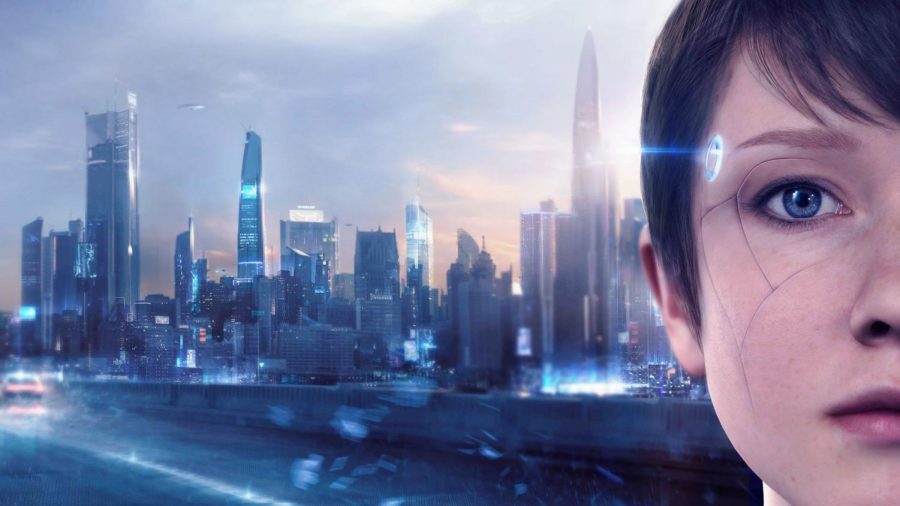 If you want a first look into what the future could possibly be, then “Detroit: Become Human”  is preeminent for you to play.

The plot of this incredibly realistic game set in Detroit during 2038 follows three main characters: Kara, an android who realizes there’s more to life than being a servant; Connor, also an android who is determined to get rid of the rebellious “androids;” and Markus, who is insistent on freeing other androids from robot slavery.

This is one of my personal favorite characters and the one who’s been through the most but was just an ordinary housemaid android. She had just been purchased by a man named Todd and his younger daughter, Alice. However this wasn’t your average household. Todd was a nasty old drunk and Alice is an android. Little Alice had been more distanced from the world since the death of her mother, but all of that changed once Kara came along. In fact, little did either of them know they would end up loving each other as if they were mother and daughter.

Connor is your typical overachiever, smarty pants type of person and also my least favorite player of the whole game. Throughout his entire existence his sole purpose has been to serve his handler Amanda along with the Detroit Police Department. Although this new partner Hank isn’t exactly fond of him, being that his own son was killed by androids. Contrary to what Hank may feel, the two make a good pair when it comes to solving crimes.

Markus is one of the more rebellious and determined androids rather than the rest of his kind even though it takes him a bit of time to realize it. He was gifted to his master Carl Manfred from a friend and has been with him for several years. Of course everything changes when Markus realizes he can be more than just another mindless android. With this mindset he realizes he can help other people of his kind escape this cycle.

The theme for the game would be examination of humanity, in the sense that robots are indeed more like humans than we realize.

What makes it all of these things is the series of events that happen, like the crime scene investigations with Connor and the adventure Kara and Alice go on after escaping Todd, along with how the choices you make impact the story.

In one part of the game Markus, a now broken-down android after being blamed for the death of his master’s son, finds a group of misfits just like him. These androids have been broken down or thrown out by their masters. He later finds out that this group believes in ra9, which is a form of spiritual belief and completely new to him. After convincing them, they agree to help Markus rebel against the humans in what would be the most important battles of their lives.

Many gamers feel like the game was interesting, but could use more versatility and options to explore in depth.

“The game was pretty fun and I really enjoyed it, but I wish you could play as more than those three characters. Apart from that though it was nice and easy-going,” said Henna Salman, a 12th-grade student at Passaic Preparatory Academy.

The game shows how robots are faced with the same hard decisions that we go through. In addition to that, you’re able to see how their emotions influence the things they do similar to humans.

I agree with what Lucy O’Brien of IGN.com, a video game news website that gives gamers and others news on current events and the newest games, said about the game feeling very real. When you play this game you feel as if you’re actually in it and you’re one of the players. This is important because it shows how realistic the game truly is.

“The world here feels very real, too, built with a sense of history, this is a miserable, dark version of a future Detroit where androids are so omnipresent that they’re old news, sold in chain stores for the price of a discount mobile phone,” said Lucy O’Brien.

Personally, I loved the game. You could tell the creators put a lot of effort into it. The characters and the scenery are almost lifelike and they look like the type of people you’d see walking down the street. For me, it was more about both the video and gameplay. Even at the home screen of the game, the detail put into it is absolutely astonishing.

What this means to me is that the creators of the game are portraying a possible future of our world where “androids” are our servants.

It’s extremely realistic, although there are some more intense and realistic parts to it. For example, when Markus finds the broken down androids he must speak to the “mother” of all of them. Her face is broken in the sense that one part is still there while the other shows her circuits. This is one of the more fantastical scenes within the game.

Depending on who you ask, they’ll either say this is or isn’t an important game, but 98% of people of users on Google like and agree that it’s a good game. Although the game itself isn’t part of a series, it tells its own story. In my opinion, I wouldn’t really say it’s important but it’s not like most games out here. For example, the amount of detail put into each character, setting, and choice — it’s honestly astonishing.

On a scale of 1-10 I would give it an 8 because there are some little flaws that need work in the sense of more variety when playing with the characters. On the other hand, the good aspects of the game outweigh the bad.

I suggest that you only play this game if you’re older than at least 13 years old. It’s a bit graphic in some parts, but for the most part it’s pretty kid-friendly.

The game is rated a 7/10 on Gamespot.com, 78% on metacritic, and 8/10 on IGN.com. It takes about 10 hours to play this game and is not recommended for younger kids. The rating on the game is “T” for teens.

Overall this game reaches me on a personal level because I believe this is what the actual near-future will be like. At the same time it’s really fun to play and it for sure keeps you interested.

“Detroit: Become Human” is a paragon for interactive video games.