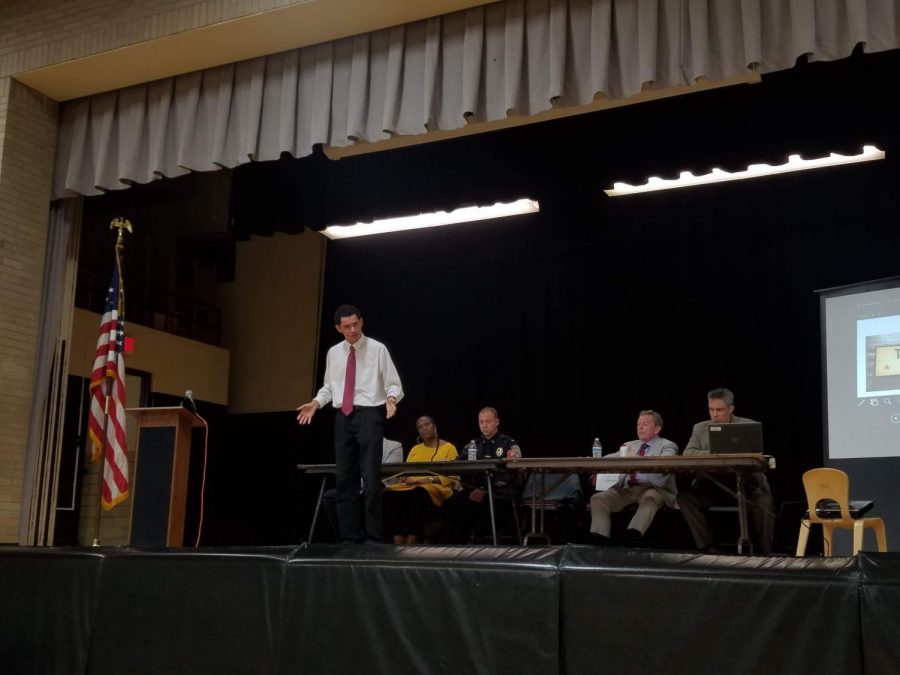 Mayor Hector Lora and his Youth Council, Passaic Alliance, the Board of Education, Passaic police officers, New Bridge Medical Center, and 15 Minute Childbreak gave presentations about the negative effects alcohol has on children and facts about alcohol abuse among the youth in Passaic.

“Water can’t taste that good,” said Passaic High School counselor Valerie Sanchez after uncovering a scheme where students fill an empty water bottle with vodka and share among each other.

According to Passaic police, 14 teenagers were arrested for underage drinking in 2018, an increase of eight from 2017.

“Our goal isn’t to arrest your kids. We just want to help them and provide the resources they need for treatment,” said Passaic officer Ralph Dann.

After the presentation, residents of Passaic viewed the photovoice projects of Lora’s Youth Council, which showed photos of the usage of alcohol around the city.

“The pictures are all in different parts of town. It’s not just one place,” said Youth Council member Daniel Velez.

According to Lora, Passaic Youth Council is expected to unveil a campaign about the negative effects these substances have targeted towards the youth by next year.

The campaign #SomethingBetter is a collection of videos highlighting positive activities to do instead of doing drugs.

Important Takeaways from the Presentation:

Passaic police sent in an undercover and underage cop to buy alcohol and found 9 of 17 liquor establishments sold it to him.