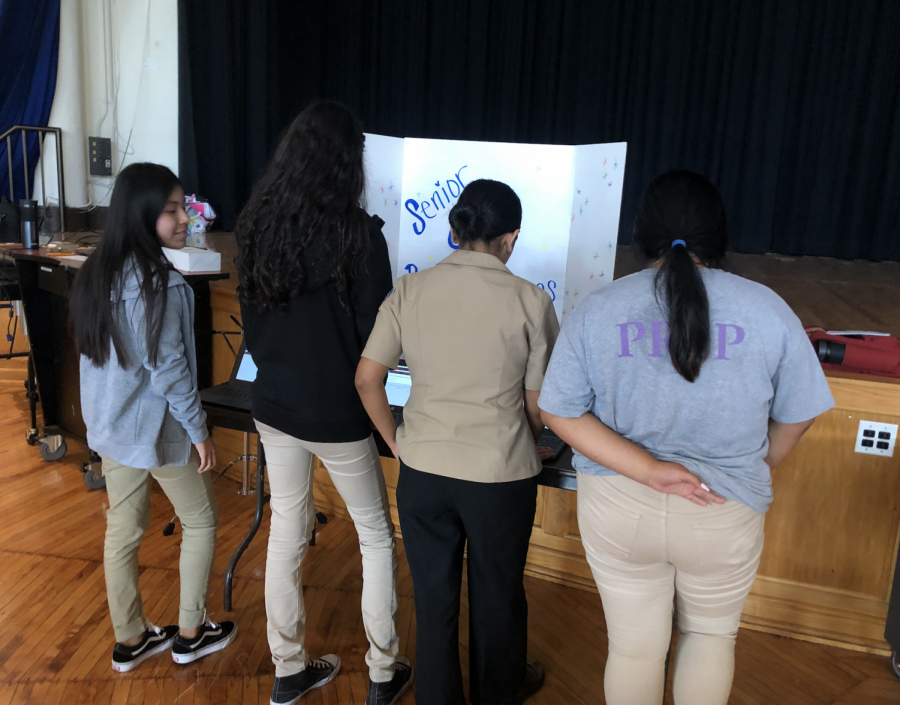 Millions of Americans are preparing to vote in the historic 2020 Presidential election amid a global pandemic.

As in every year, students at Passaic Preparatory Academy will have the same opportunity — even though they might not be in school when they cast their votes.

Due to COVID-19, Prep students will not be able to make it to the polling site (the auditorium) as in other years. Elections will be held virtually, using an online ballot — perhaps via Google Form. Mr. Figueroa and Mr. Weaver, Student Council co-advisers, said they are working on a way to make the election run as smoothly as possible.

One of the biggest challenges for students running for one of the three elected positions is not being able to present their case to the student body in person, even though the election affects every student.

Elections are important in general, not just in school, said Mr. Figueroa.

“It’s part of the school’s democratic process,” he said. “If the advisors don’t hold elections for the student body, we are denying our students the right to vote and taking away their chance to be heard. This is something that should never happen in school.

“Our student body is amazing, and they should be afforded the opportunity to vote for the candidates they feel would best represent them and their values.”

“In order to have a great community,  you need to have a fearless leader,”  Prep junior Daniela Velazquez, a candidate for Student Council Vice President, told The Boulevard Online.

Candidates have submitted videos, each a minute-and-a-half long. After being viewed by Mr. Figueroa and Mr. Weaver, the videos will be made available to the student body before the voting.

Prep freshman Jocelyn Calderon-Villanueva said she is looking forward to the elections, especially during the pandemic that has kept students learning from home.

“We want to vote for somebody who represents what leaders should truly be,” she said.

Mr. Figueroa said the Student Council hopes to hold the elections around Oct. 28, though the date is not yet set in stone. He added that the pandemic kept more students from running for office, as some did not want to make videos. Students had until Sept. 25 to join the election process.

At Prep, you don’t have to be voted in by students to be a part of the Student Council. Anyone can join the club, which Mr. Figueroa thinks is a better method.